Five ways the 'Wizard of Oz' could transform your business

At Harlands, we love to work and play hard. You may have noticed from our social media that we recently went trampolining! Whilst there, I was lucky enough to bump in to an old friend of mine, the Tin Man. It’s been a few years since I saw him last but he didn’t look a day over 21 and unlike myself, had no grey hairs, no wrinkles and was absolutely nailing the triple back flips. 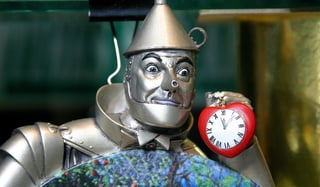 After some persuasion, I managed to find out from the Tin Man exactly what his secret to looking so great was…. it was all to do with his new job working at WD-40 Co in California. An unlimited supply of oil for his joints and Californian weather aside, the Tin Man was so excited to be part of the WD-40 Company. I was obviously confused as I couldn’t see how working for a company that makes water repellent oil could be so exciting!? After a minor inquisition of the Tin Man, I soon worked out much of the credit for creating such a fantastic organisation should go to the company’s CEO, the Wizard of Oz.

The Wizard of Oz does have a real name and that is Garry Ridge, proud Australian and CEO of the WD-40 Co. Garry became the Chief (he refers to himself as this and I will explain more on this in a moment) of WD-40 Company in the late 90s. Since taking over as CEO, he has quadrupled turnover to almost $400m, increased the number of countries its products are sold in from 1 to 176 and increased company value well in excess of $1bn. Fantastic achievements but in honesty, many CEOs have achieved greater financial results over a period of almost 20 years.

It's not the financial success Garry has achieved whilst at the helm of WD-40 but his very unique style of leadership that has transformed a very ordinary organisation.

Here are 5 things we can all learn from the Wizard of Oz, Garry Ridge:

1. His people are super important

Garry Ridge is one of the very first to successfully execute a servant leadership style. Servant leadership is about caring for your people, giving them responsibility and ensuring every person in the organisation is working towards a common goal or vision. At WD-40 Company, their vision to create lasting memories; not profit, market share or company valuation.

Garry organises the WD-40 Company around tribes instead of teams, focuses on a high levels of employee engagement and actually ensures every leader at the WD40 Company makes it their business to help tribe members develop ithe best version of themselves. At WD-40, they use the term “tribe” as the focus is more on evolving as a collective, ensuring every person is accountable to each other and creating a sustainable WD-40 community with opportunities for everyone to grow.

The entire company is built around something Garry calls a "learning moment". This could be of moment of frustration, a great idea that hasn't been successfully implemented, a lost customer, etc. The new learning is then communicated across the organisation.

Garry’s belief is that, "Learning moments can be positive or negative, but they are never bad, so long as they are shared for the benefit of all. I want people to be inquisitive, I want people to ask questions and take chances. My job is to create a company of learners. I like to ask my people and myself, When’s the last time you did something for the first time?”

To top it off, all WD-40 employees must take a "maniac pledge" when joining the organisation. The pledge means that employees take responsibility for taking action, asking questions, getting answers and making decisions.

3. He doesn't take himself too seriously

At WD-40, they don't focus on profit. Garry Ridge believes profit and share price are by-products of doing good work and having engaged employees.

Garry also believes work and fun go hand in hand. On the companies 40th anniversary, he rode a horse dressed 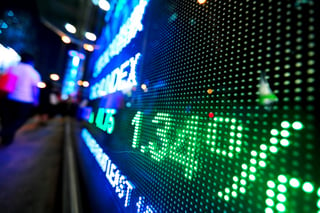 as a knight into the NASDAQ exchange (brave!). He’s also been quoted as saying his favourite use for WD40 was when an elderly lady used it to stop squirrels stealing food from a bird table. I’ve already touched on the fact that WD-40 Co’s vision is to create lasting memories and fun is a huge part of that.

4. He believes in simplicity and focus

WD-40 remains focussed on what they're good at and nothing else. Ridge has coined diversification as "de-worsification" and believes too many companies look at the "shiney new pennies" when boredom sets in.

In order to maintain a consistent company culture, Ridge has kept his business lean with only 450 employees. In fact WD-40 do not process or package a single product. Outsourcing forms a key part of WD-40's operations.

5. He successfully transformed a businesses culture

There’s no question that Garry Ridge has made WD-40 Company more interesting over the past 20 years. He did that by demanding that he and his colleagues became more interested in what was possible for the company and the brand. WD-40 embraced a whole new language, made learning, experimenting and improvising a priority - transforming a fairly stale, insular business into something agile and open-minded.

“We had such huge growth opportunities,” Ridge quotes "but people were afraid to step out of their roles. The fear of failure is the biggest fear in the world. We had to go from failure to freedom.”

I believe all business leaders can learn a thing or two from Garry Ridge. In the spirit of learning, I’ll ask you to consider the question that Garry Ridge asks his colleagues: When’s the last time you did something for the first time?

We thought it would be brilliant to collect everyones answers so if you get a second please share your answer on the form When is the last time you did something for the first time?