Are your employees more qualified than you?

Being an avid Beatles fan, I used to listen to interviews – partly because I love the band and their music and also because I like to piece together what made them the international world changing success that they were.

I remember one such interview in which John Lennon spoke of his introduction to Paul McCartney.

“Paul was good as and, in some ways, better than me. I had to make a decision whether to invite him into the band. To make me stronger and the leader or make the band stronger.”

He invited Paul in and they became probably the most successful song writing duo in history, which then inspired George Harrison – a young and impressionable guitarist to up his game and write some pretty awesome songs in his own right.”

This to me, typifies the power of ditching your own ego and creating something which will truly stand the test of time.

This blog will be looking at the advantages of hiring people who, upon first glance may dwarf your own experience or qualifications.

It was an area that was very briefly touched upon when looking at the pitfalls of working on your own and has been a major area for concern among some of Harlands clients who are struggling with increasing their market share.

There’s one recurring comment I’ve heard from business owners in and around Newcastle and it has subsequently tended to lodge itself in my mind.

One particular client said this to me when we talked about hiring people to help run a business in Newcastle.

This client had previously hired a sales and marketing ‘expert’ in a previous company and because of what I would call a severe lack in confidence in his own ability – gave far too much power to the salesperson (I’ll call him Sammy).

He was in awe of the client list that Sammy came with. He was also impressed by Sammy’s track record.

Unfortunately, Sammy was less than reputable and recognized the business owners lack of confidence as an excuse to run up an expense account, have a company car and add a few other elements to his hip, which the company simply could not afford.

As he did not deliver on his initial promises the company was forced into closure.

Sammy was a good salesperson. He clearly did a number on this particular business owner.

Firstly – If you are the owner of the company, then you are IN CHARGE. Never be afraid to say no to someone. After all you wouldn’t have made the business the success it is so far, by mindlessly agreeing to everyone’s demands every step of the way.

If you can’t afford something or there is not compelling evidence to support why the business would be stronger with a particular investment then … it is not an investment, it is a drain on resources.

Use your employee’s skill, don’t be afraid of it.

You have hired someone who has more skill than you in a particular area.

Your company is only as strong as the people that make it the success that it is.

Suppose you want to launch a new smoothie in Newcastle as a test market before expanding, but your only superlative skill is in the creation of the most amazing smoothie recipes in the North East.

There is more to launching and sustaining a product in the market place than simply having a desirable product.

How many job roles can you think of that would be needed to make this venture work?

Off the top of my head: 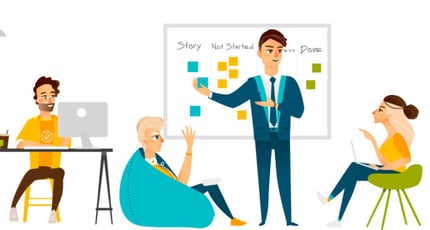 You can probably think of more.

When hiring these people, you are essentially a manager – utilizing their unique skills to contribute to your venture.

No one expects you to know more than your employees. Remember your job is to look after the operations of the whole company. The people you hire are there to add value to a particular area of the company.

If you don’t know something that you feel you should then ask them, learn from them. They work for you after all.

Hire people who are keen to know more.

At some point you will have an employee ask a question to which you don’t have the answer. This is not something to be afraid of. If you don’t know the answer but can see the VALUE in finding a solution then surely, your employee’s inquisitive nature has then added that value to YOUR company.

Learn from your employees routines.

I’ve known a few Newcastle based business owners who are very keen to learn from the expertise of their new employees.

People are often quite keen to show off what they can do… especially to their new boss. To that end, the business owners in question have actually shadowed their trusted employees to better understand their process. They ask questions at certain points to fully appreciate both the value that he / she adds and even suggest ideas for improvement.

Working with key staff in this way also means that you are fully aware of everything that is going on in your organization. You can have agreed expectations from that point for which a regular weekly meeting will suffice to make sure targets and standards are being maintained.

Ask for Your Employees Feedback

Think of your company - not as a number of separate entities working independently in a building, rather as integral parts of one living organism.

For that organism to thrive it needs to be in perfect health.

Your staff are the first indication as to how successful a particular venture will be. If they have the platform with which they can make suggestions and offer advice then they will use it!

You will be treating your staff as valued commodities and as such they can and will:

One area to be wary of in this regard however, is to be very clear about what you want to hear from your employees. A mindless rant of unfounded complaints will serve only to waste your time.

Have a separate complaints procedure with which you can deal with discrepancies. 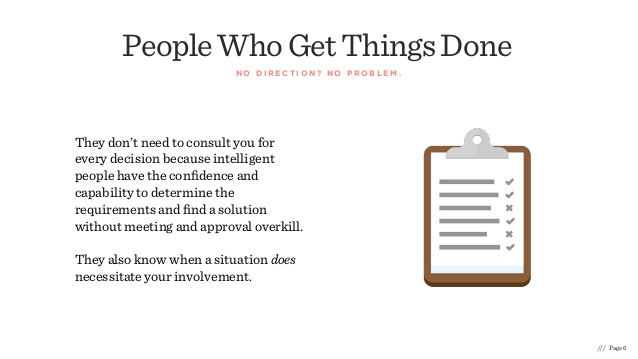 I’ve known a few ‘power hungry’ overbearing bosses in my time who are too consumed by their own perceived superiority to show any real concern for the people that work for them.

This approach can only have one outcome:

People will not like working for you and will not do their best to see you succeed.

And why should they?

Richard Branson has famously stated on a few occasions that the most important elements of his businesses are the people he has working for him. As such, he treats them with respect, he values their opinions and does everything he can so they will feel like much more than an employee but as part of a family.

One caveat I will add to this however harks back to the business owner I first mentioned in this post. There is a difference between respecting the people that work with you and allowing them free reign to do whatever they please unsupervised.

Know your employees’ roles, their strengths and indeed their weaknesses and manage them so that they are happy to do what they can to add immense value to your business venture.